Bringing the Past Alive...

Reproductions of Historic items from the Hittite Empire

c2000 BC, an idol figurine, the original carved in marble. Found near Kultepe in central Turkey this style of figurine was common in the area.

Although writing was not used by the ancients of the period in which this unusual idol under discussion was created, one can suggest, on the basis of cultural analogies, that it represents a divine triad. Perhaps their identities are to be compared to those of the later Western Semitic deities of Baal and Anat or perhaps one can regard them as the precursors of the Hittite deities Teshub, the storm god, Hepat, his consort the sun-goddess identified with Arinna, her son, Telepinu, god of vegetation. 135mm tall on stand. 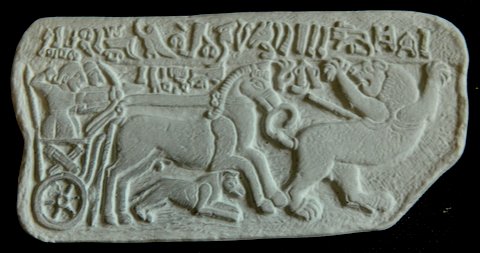 Time of King Suppiluliamas. About 1380 - 1300 B.C. A religious referral cylinder seal, depicting two high ranking temple attendants, with a 'Tree of lite' between them and two crouching deer, heads turned backward. A fine horizontal double stranded guilloche above deer and a laurel stand beneath. Measures 1 1/4 x 5/8". 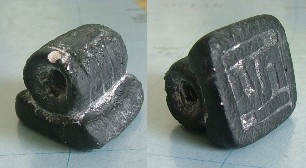 14th C BC - God King Tudhaliyas II -
Geometric styled stamp seals such as this were used on bales and storage jars issued from the royal palace where as cylinder seals were used for all other sealings. This was necessitated due to the small size of the clay bullae that were applied to the knots of the ties that were affixed around the bales and necks of the jars which would then be sealed with this style of seal. 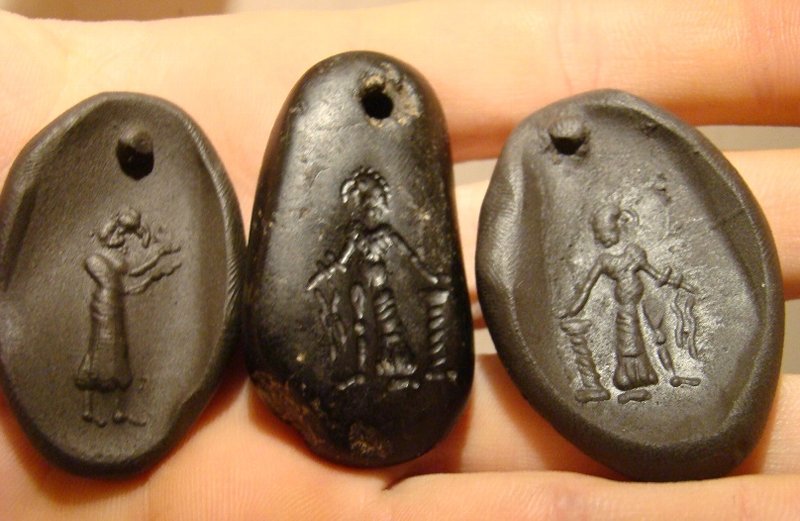 This stamp seal has engravings on each side, one with a person with raised hands in worship, the other side a figure before an altar. This seal would have been worn around the neck as both a seal and as an amulet. 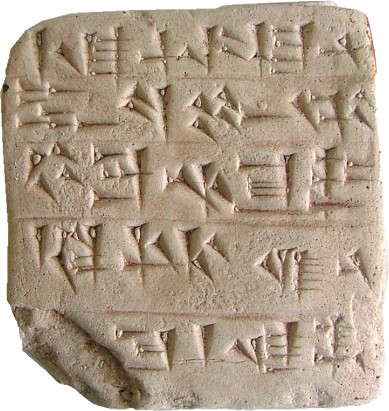 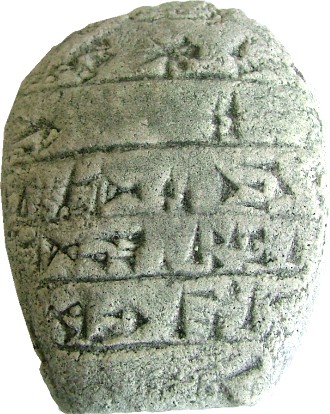 A Set of two clay tablets from the Hittite Empire.

The normal Hittite script was in the form of picture writing or hieroglyphs. However for the purposes of international trade and correspondence, the Hittites used the cuneiform script of Assyria. Strong trading links were forged between the Hittites and Assyria.

A library was found containing 10,000 clay tablets - court records, receipts, contracts, official documents etc. Some contained poetry and one was a Hittite copy of a peace treaty with Egypt, with the Hittites dictating the terms of Egyptian surrender.

The two tablets are available as a set.

For information on the Hittite language see OMNIGLOT's website HERE